The National Day of Prayer, which is held on the first Thursday in May each year, is an opportunity for them to reflect, pray and hope for the future.

On Thursday, two events took place in the town of Newnan to mark the annual ceremony.

The day began with a community prayer breakfast at the First Baptist Church of Newnan’s Fellowship Hall. There, community members, including local leaders and law enforcement, enjoyed a good breakfast of eggs, sausage, bacon, oatmeal, fruit, orange juice and coffee.

Racial reconciliation, as the Bible teaches

The event, sponsored by the Newnan Kiwanis Club, included a keynote from Dan Crain, Director of Groups and Mobilization for OneRace. There, Crain spoke of loving beyond color, class, and culture.

There he used the Book of John to demonstrate his perspective on overcoming these perceived barriers.

“Something really interesting is happening in Jean 4,” Crain said. In there it says that “Now Jesus heard that the Pharisees had heard that he was winning and baptizing more disciples than John, although in fact it was not Jesus who baptized, but his disciples. He therefore left Judea and returned once more to Galilee. Now he had to go through Samaria.

“You all heard that? Crain asked. “The normal route for the Jews was to go around (to get to Jerusalem). Why would they go around? There are Samaritans. There is a history of 800 years. They intermarried with the Assyrians. The Assyrians conquered them. The Jewish people considered the Samaritans to be unclean half-breeds. That’s what they thought.

Crain called himself a “white farm boy” from Bumpville, Pennsylvania, who ended up just south of Atlanta, not far from Turner Field.

“After the civil war, our neighborhood became one of the educational centers for people coming out of slavery. It was a place of education. There’s a lot of history there, and the reason I moved there was because of John 1:14.

John 1:14 says “The Word became flesh and made his home among us.”

Crain said he gave his life to God’s work of racial reconciliation, inspired by the work of Dr. John Perkins, a leader in the civil rights movement who founded the Christian Community Development Association in the 1970s, a group that works to help the poor. and underserved populations.

” There’s a story. Just as there was a history between the Jews and the Samaritans, an 800 year history, there is a history in this land. I’ve been in my community for 11 years, worked a lot with young men in the neighborhood, and they found me two names – Pastor One Hundred and The Plug. One hundred means 100%, I keep it real. I don’t pretend. I am a genuine person. I don’t mind talking about my sins. I would like to talk about my glory. We will keep it here.

Crain said the past two years have been very difficult to deal with.

“Let’s leave the politics out of it,” Crain said. “Both sides. Democrats and Republicans have no place in the church. We speak truth. Bible truth. Let’s keep the donkeys and elephants out of the church.

“We have seen George Floyd. We saw Ahmaud (Arbery). We’ve seen all of those things in 2020, but the answer is we’ve seen a lot of debate about critical race theory and social Marxism and all that. If I never have a conversation about critical race theory again, I’ll be happy. I said to my brother as we pulled into the parking lot, one of the hardest things for me as a peacemaker is that I live between the black and brown community that’s traumatized, who’s been through this, and I live between a white community that does not understand.

Crain said that as a white man, he was asked what he was doing where he lived.

“I felt the pain,” Crain said. “There is a past here. In 1619, the first people were brought here as slaves. Servants under contract. It lasted until 1865 – that was 61% of our history. And the next story between 1865 and 1965, the Black Codes, Jim Crow, and since 1965, the last 14%, equity is possible. This is the system we are dealing with in this country. I’m not talking about enlightened theology, I’m not talking about any of that. I am talking about real, factual history that we as a church must recognize and we as a church must mourn.

The heat is on and so is the spirit

That afternoon, many pastors and preachers visited Greenville Street Park for the annual National Day of Prayer event, braving the heat to call on the Spirit of the Lord to hear their calls.

There were songs, sung by worship leaders Gabe and Wendy Rivera. The two started with the song “Lord, We Need You” and the event ended with Wendy singing “God Bless America” ​​for those in attendance.

Others prayed for everything from the town of Newnan and its government and public safety departments, Coweta County, its government, the sheriff’s office and fire department, schools, school board and its teachers .

There was a spirited prayer for the military, not only for the American military but also for the Ukrainian military as they fight to repel the invasion of Russia.

There was a prayer for the media, a call to use the media – such as television, radio, films and newspapers – as a force for good, rather than a force for evil.

There was also a prayer for the Newnan business community. During this prayer, participants were asked to turn and face Newnan Court Square and pray for businesses in the Newnan area.

Then there were prayers for the churches in Newnan and Coweta County, as well as the families who live in the area. 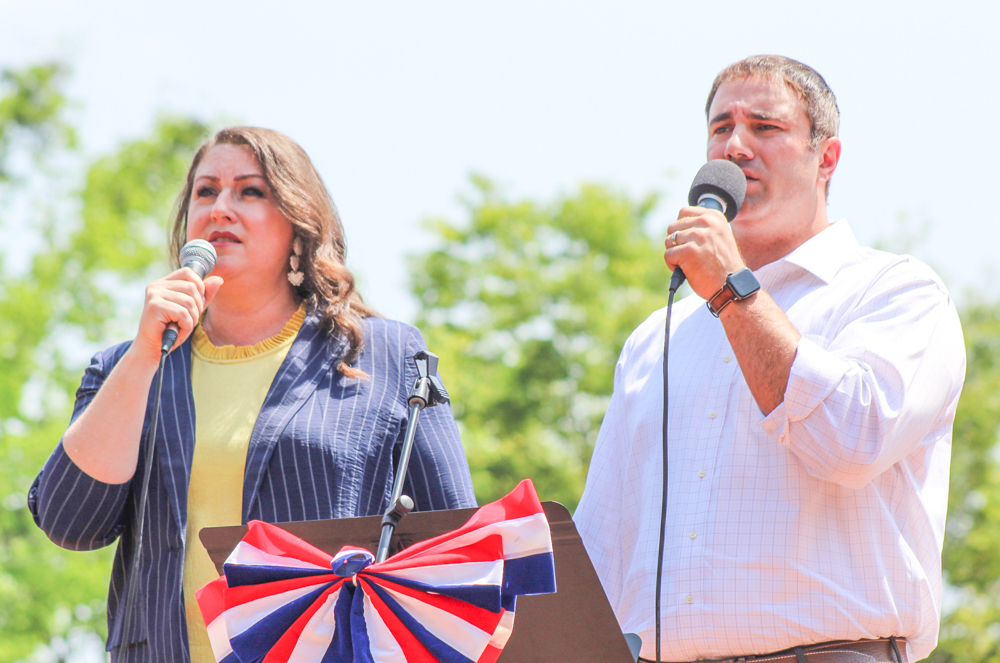 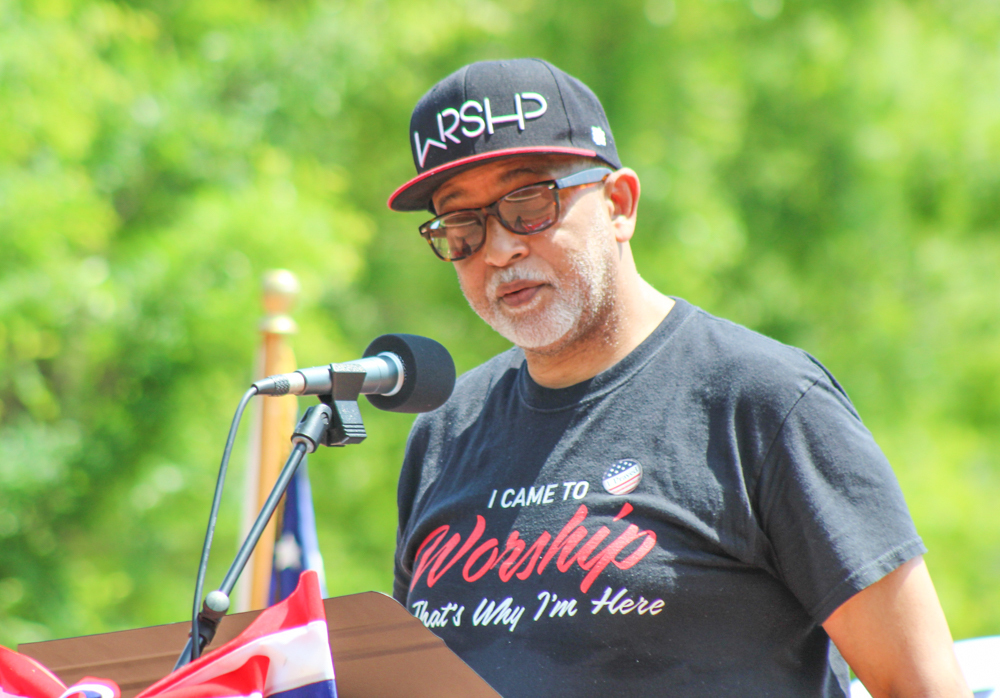 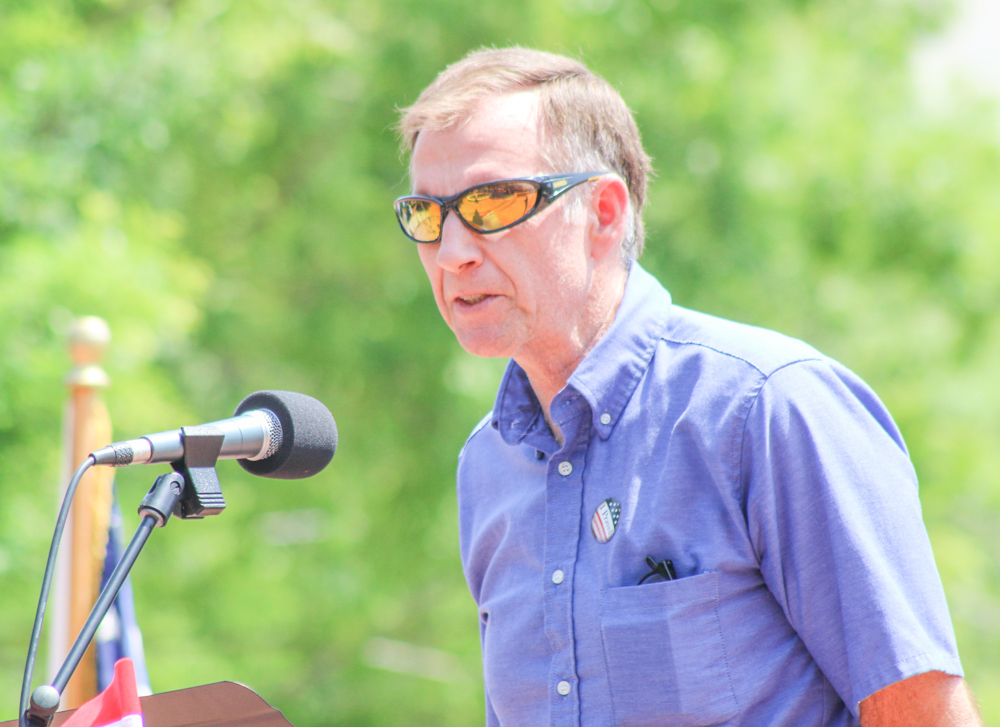 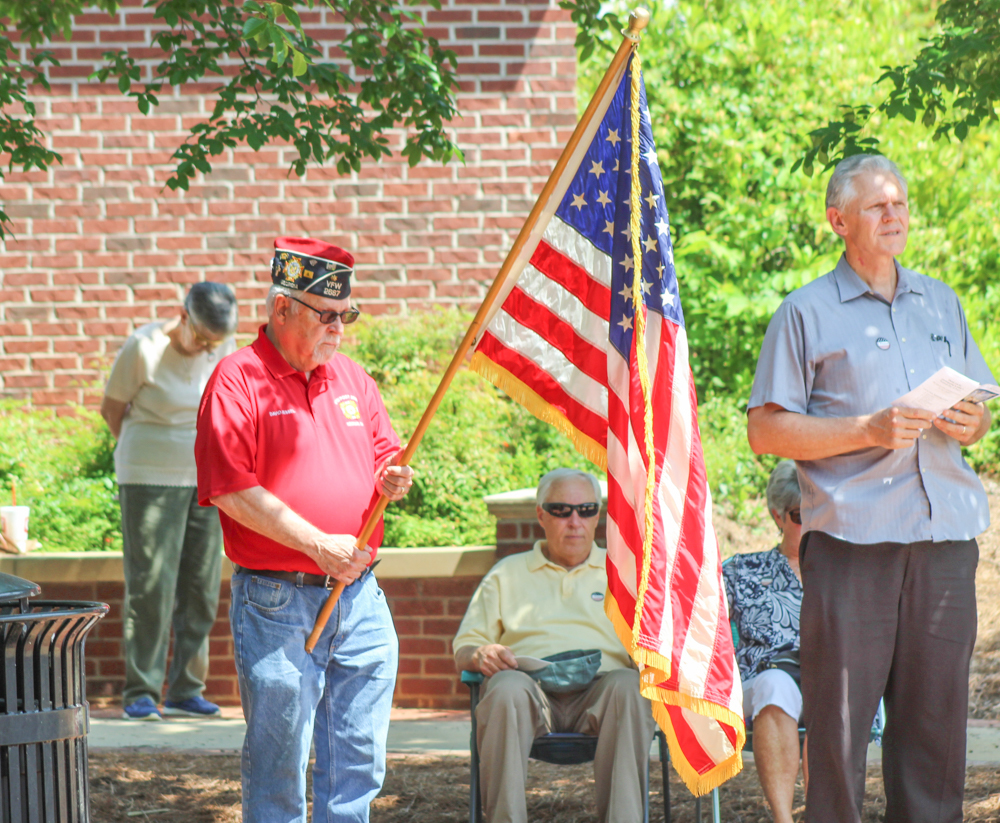