A heroic truck driver quoted a Bible verse during an interview after selflessly rescuing victims of a horrific traffic accident.

On November 16, Rodney Jones Sr. was driving his truck when he witnessed a tragic interstate accident on a connecting ramp between I-75 and I-275. Instead of just waiting for first responders, the selfless driver did everything he could to help the victims. He sprang into action and began directing traffic and keeping everyone on the scene safe.

“I went to the first truck, and the driver was kind of in and out. I asked if he was okay, and he said, “Yes,” he said in an interview. “When I came to [the second] truck, it was broken. The driver was in the truck shouting, “Help! To help! To help!'” 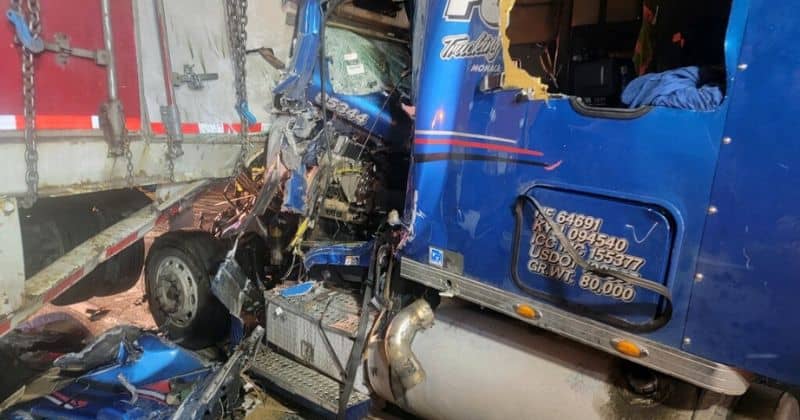 He tried to rescue the man stuck in the wrecked truck, but to no avail. After rescuers arrived and helped the man, Rodney continued to move traffic in the right direction. He used his truck to block traffic and protect people in and around the accident.

When asked how he was able to courageously help these victims, he quoted Matthew 7:12.

“I didn’t even think about the danger or anything around me. Someone needed help,” Rodney said. “The Bible says do unto others as He would have others do unto you.”

Rodney has been a truck driver for more than three decades and he said he was lucky to have never been in an accident.

“I’ve been a truck driver for over 30 years and I’ve been lucky enough to never have had an accident like this,” he said. “But I’m pretty sure if I was involved in an accident I would appreciate someone stopping and trying to help me and help me as well.”

Get closer to God daily by getting exclusive video teachings about God today!
Read God’s Word to you today right from your phone. Download the Daily Word app now from Google Play and Appstore
Reference: Faithwire

Start your day with God and the GOD TV team. Get a daily 2-3 minute devotional and encouragement video straight to your inbox.